Even the most experienced of hairdressers and barbers in the USA and Canada are not sure about the difference between texturizing shears and thinning scissors.

The main cause of this is that brands often mislabel or represent the ability of texturizing scissors and thinning shears, as they are either the same or misunderstood.

Basically texturing is done to the ends of the hair.

Texturizing includes blending out and softening the hair at the very ends and making it look smooth as well as cleaner.

It doesn't matter if the hair is unruly, thick, flat or curly, texturizing techniques work for all kinds of hair.

It helps to achieve the desired look by working on the volume of hair.

On the other hand, thinning techniques are used to remove chunks of hair in order to lighten and groom the thick and unruly hair.

Thinning is generally applied about an inch away from the scalp and at least 2 inches before the tips.

Now that you know about both techniques, it is time to discuss the specific tools to achieve them.

What Are Thinning Scissors?

Thinning scissors are one of the most used tools by the hairdressers and barbers. These tools are used to thin out the hair, texturizing them, and also to achieve a well-balanced hairstyle.

Thinning scissors have a special design where the teeth are built on one side and the other side is completely smooth.

These notches or teeth allow only a few hairs to get cut than a regular scissor. Hence, it gives a textured and thin style.

For a hairstylist, thinning the hair is generally more convenient and quick technique to apply on a majority of hairstyles and hair types.

What Are Texturizing Shears?

Although the main purpose of texturizing shears is to discard bulk from a haircut, you can use them in the combination of thinners to achieve the texture you want your clients to have.

The best thing about these shears is, they are suitable for all types of hair.

You can create a number of hairstyles and effects using these shears. Whether your client wants a dramatic look or a subtle look, you can give them the look they want.

Moreover, these shears are also used by many dog groomers to thin out the bulky fur coat.

Because texturizing shears are very versatile and allow you to use them for multiple purposes, these are a great addition to your toolkit.

You can use these shears for wet cutting as well as the dry cutting and for any kind of textured hair.

When to Use Texturizing Hair Scissors

If you're struggling with a haircut not sitting straight even after so many efforts, then texturizing shears are the best option for you.

Texturizing shears are specifically designed to create a texture to the hair while removing the bulk.

These shears are simply better because other shears can ruin the texture you've worked on while eliminating the bulk. Texturizing shears serve both purposes simultaneously.

Additionally, these types of shears cannot be used for eliminating the length of the hair.

You should only use these shears to balance the hair while cutting them less in order to preserve the texture of the hairstyle.

The Difference Between Thinning Scissors And Texturizing Shears

While both thinning scissors and texturizing shears may look similar, each of them is used to achieve different goals.

Thinning scissors eliminate excess weight from the hair making it look lighter by using its evenly spaced and ser teeth.

These are specially designed to blend the rough lines caused by regular hairdressing scissors after giving a haircut.

Thinning scissors generally have about 28 to 40 teeth.

On the other hand, texturizing shears have widely spaced teeth and feature bigger metal teeth.

These are specially designed to remove a larger chunk of hair as compared to the thinning scissors while also maintaining the texture and volume.

After applying these shears on hair, the shorter hair left underneath provides support and volume to the longer hair.

So, when you want to remove the excess of hair then you can use thinning scissors and if you want to create texture and volume while layering the hair, then texturizing shears are the perfect option for you. 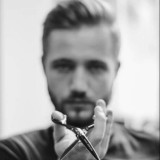